Myth or Fact: All About Opals

Let’s get to know the birthstone of October!

Myth or Fact? “Opals carry a lot of water.”

This is a fact. Opals were originally formed by rainwater dissolving silicon into underground minerals. Opals contain up to 20% water. 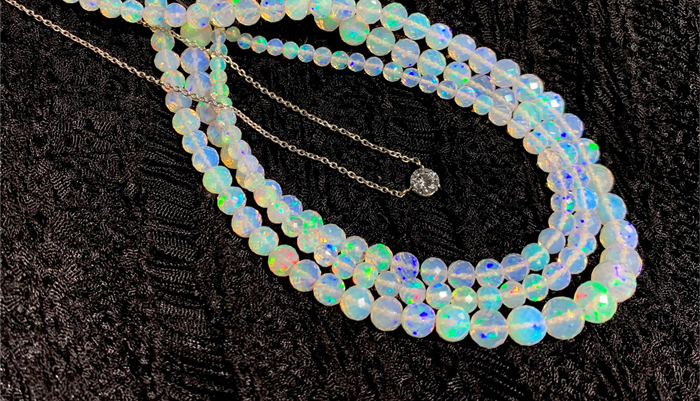 Myth or Fact? “Opals are bad luck unless they are your birthstone.”

This is a myth, and it carries quite a history. Queen Victoria adored opals. She wore them often and owned a stunning personal collection. In fact, through her reign, opals were highly sought after, even more so than diamonds. De Beers Diamond Consortium saw this as competition, and they spread a “opals bring bad luck” rumor to temper down opal’s popularity.

The rumor spread like wildfire, as many of us still avoid opals without knowing that it was birthed from a gemological smear. 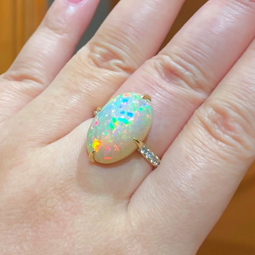 Where are Opals Found?

Australia is one of the most prolific opal birthplaces, along with Ethiopia, Mexico, and Brazil. Plenty of other countries also carry veins of opal.

Love of Opal in Many Cultures

The Bedouins believed that opals captured lightening from thunderstorms, Romans gifted them as a token of good fortune, Greeks believed opals bestowed power of foresight, and Egyptians loved them for their positivity. 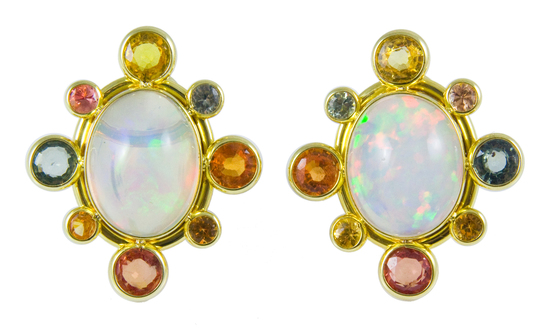 Opals are relatively soft, at a Mohs scale of 5-6.5, it can be scratched by gemstones such as diamonds, rubies, sapphires, or emeralds. So it is advised to store opals separately.

To clean opals, use gentle soap and water with a soft cloth, rinse and dry well. Avoid prolonged soaking, as opals are porous and even water can seep into the opal and alter its appearance.